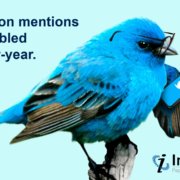 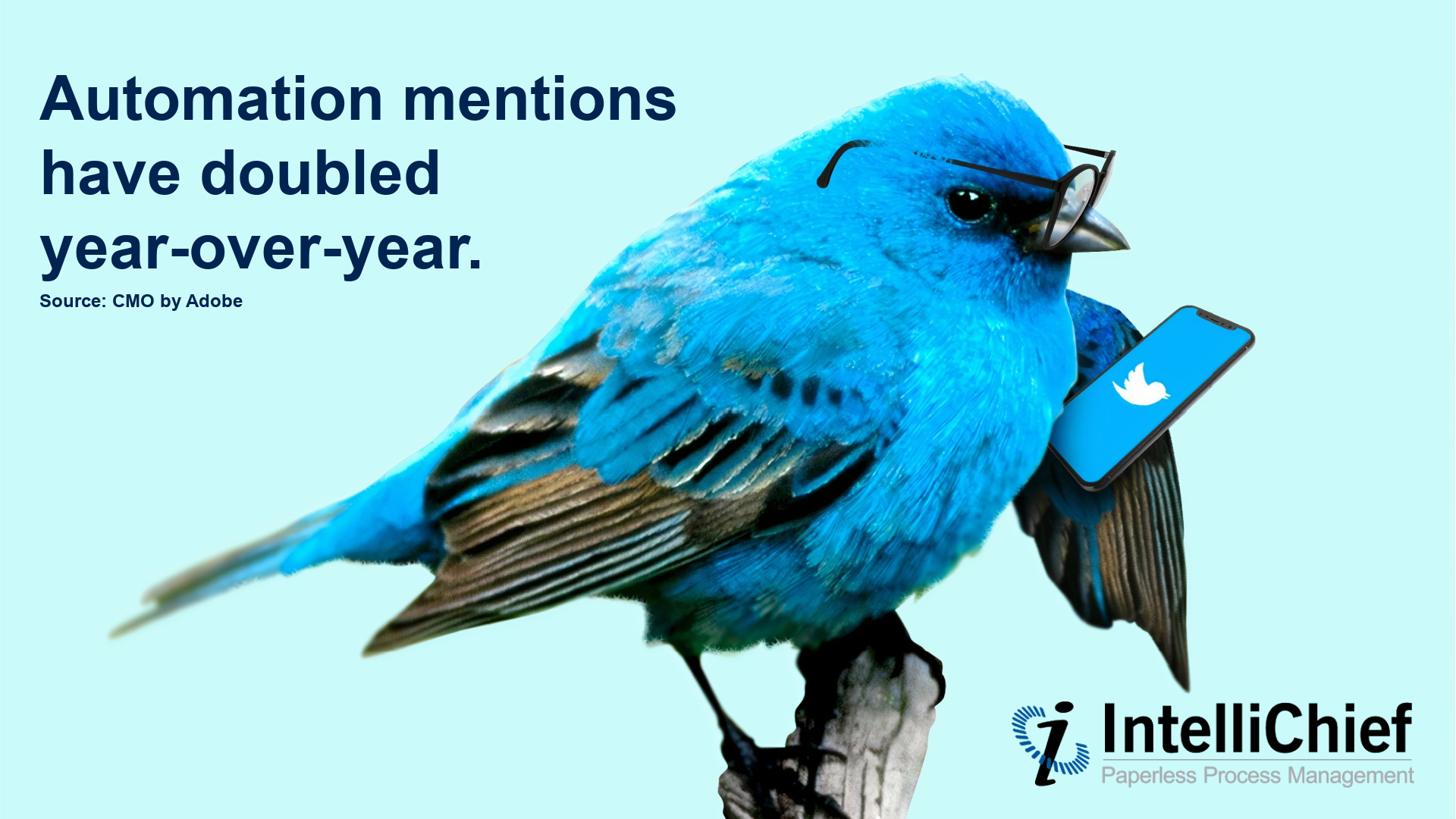 Automation was once viewed as the future of technology — then it became a reality. Today, automation has been scaled up and down to meet the daily challenges of organizations spanning countless industries across the globe. If you’re still in the camp that believes Enterprise Automation is just a trend, it might be time to take a second look at what Automation can do for you and your business.

Twitter. LinkedIn. Reddit. Wherever public discourse takes place, automation is trending in the @mentions. From 2016 to 2017, Adobe Digital Insights (ADI) performed a comprehensive analysis of 3 million social mentions related to “future of work,” such as automation and RPA. The researchers were able to attribute positive sentiment to the majority of these engagements. They weren’t talking about how automation would affect employment; rather, they were discussing the potential for automation to improve working conditions and increase productivity.

It’s no secret that automation technology works faster than humans. It doesn’t need to “think” or “consider” letters or numbers before taking an action; instead, actions are taken automatically whether or not a human worker is available to push a process through to the next step. Automation doesn’t take sick days or vacations and it’s not limited to 40-hour workweeks or the costly constraints of overtime. Therefore, it’s unsurprising that in the analysis mentioned above, 30 percent of respondents mentioned saving time when discussing automation.

It might be a well-worn cliche, but there’s no hiding from the fact that time is money. With Enterprise Automation, you can assign menial, time-consuming tasks to automation so your team can focus on the things automation isn’t as well-equipped to handle. The days of manual data entry are over, and everyone is talking about it.

Still not convinced that automation is more than a passing trend? Consider this: 25 percent of automation-related conversations taking place on social media reference big data analysis as a primary driver for implementing automation. When business processes are automated, they gain the ability to automatically track productivity from start to finish, allowing C-level executives to glean valuable insights and make informed decisions on a rolling basis. No more waiting for the end of the quarter to figure out what went wrong and why. With real-time analytics guiding you, operational inefficiencies can be nipped in the bud to prevent your team from wasting time and resources that could be better allocated to other tasks or departments.

3. Humans and Automation Can Work in Harmony

Automation is often viewed as the harbinger of death for human jobs, but this is a gross overexaggeration that can be quickly disproven by examining how (and why) automation is being used by businesses all over the world. The average number of daily mentions of automation has doubled year-over-year. During that same period, the number of daily mentions of robots and jobs has increased by a staggering 70 percent year-over-year. However, to truly understand why this bodes well for humans and automation alike, we need to break into the meat and potatoes of these mentions to truly understand their sentiment. Here are a few examples:

Contrary to doomsday headlines about widespread job losses, the @pega report findings suggest #AI and automation’s impact will be much more nuanced and could even have a positive impact on how we work. #MachineLearning #DeepLearning #NLP #futureofwork https://t.co/Yva05KE1xN pic.twitter.com/q129bUByXM

I think that the "automation causes mass unemployment" argument is overblown. I think technology just shifts jobs, and these tech advances are a major positive for society. The internet and airplanes killed some old jobs but also created millions of new ones. Will happen again

“We can do this man, it’s gonna be great.” @BillNye has a positive take on automation and jobs. https://t.co/SdXe2OkdWD pic.twitter.com/JUfXQLIU7S

Next week: @gjouret will be at #reMARS talking about the future of job #automation with #robotics and the positive impacts this will have on our #society and #careers. @AmazonreMARS pic.twitter.com/5VBwNjcRtb

Despite rather pessimistic media reporting regarding workplace and jobs, most people feel positive about future #technology, automation and #ArtificialInteligence at work. pic.twitter.com/6nObFI3Y4V

As anxiety about job loss and #automation looms, careful planning for the development of #tech can yield positive outcomes.

1. Machines will change jobs, not take them
2. Re-skilling should take advantage of existing strengths
3. Don’t fear the digital future, but be cautious pic.twitter.com/NgbFfZR1S6

Needless to say, the automation buzz is building — and for good reason. The automation “trend” has taken root and it’s not going away anytime soon. Organizations that can work faster and more efficiently while simultaneously cutting costs and improving work-life balance for employees have already taken the necessary steps to prepare for a future where traditional working arrangements are no longer viable.

Enterprise Automation: Once a Trend, Now a Requirement

Before the automation trend really took off, it was considered a luxury for enterprise leaders who not only had the infrastructure to support it but also the growth capabilities to afford it. Today, this is no longer the case. Automation technology and software have been retooled to boost business across all marketplaces. From start-ups to SMEs and beyond, automation is a difference-maker the likes of which we’ve never seen before, especially for large enterprises that can benefit from an integrated solution across multiple departments and locations. The automation trend is here to stay, and IntelliChief’s experts are standing by to ensure that your automation project capably addresses your challenges and helps you become more resilient (and profitable).

To learn more about Enterprise Automation or to see our products in action, contact IntelliChief today. 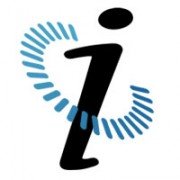 Why Technical Support Matters When Choosing an ECM Provider

Latest From The Blog

How Controlling Your Workflow Directly Impacts the Success of Your Enterpri...

How Businesses Can Address the Automation Skills Gap With a Team-First Appr...
Scroll to top
This site uses cookies to provide you with a great user experience. By using IntelliChief, you accept our use of cookies.Accept